Rakuten, Inc. is a Tokyo-based Japanese electronic commerce and online retailing company. It was founded by Hiroshi Mikitani, a Japanese businessman, in 1997. Rakuten Ichiba is the largest e-commerce site in Japan with its B2M E-Commerce website. How Does Rakuten Make Money?

The other businesses of the company include financial services ranging from online banking to fintech, digital content, and communications services, including Viber messaging app, Kobo e-book distributor, and Rakuten Mobile, Japan’s fourth mobile carrier, to more than one billion members worldwide, and operates in 29 countries and regions, with operating profit revenues of US$ 7.2 billion. It had a total of 14,826 employees worldwide as of June 2017, Rakuten posted. “It is also referred to as “the Japanese Amazon”.

(Formerly known as Ebates) Rakuten is a website and cashback app that sends money when you shop at associated stores. Earn 1 percent to 40 percent on a range of products bought from small to large retailers like Walmart and Best Buy.

How Does Rakuten Make Money? What’s the Catch?

With over 2,000 stores, Rakuten has affiliate partnerships. Rakuten gets a fee if a purchase is made when someone clicks on a Rakuten affiliate connection.

Rakuten gives you a portion of their commission (via cashback) (via cashback). This would be a win-win-win. The store gets more sales, Rakuten makes a commission, and you make free money just for shopping!

If it did not boost sales, associated stores would opt-out of deals with Rakuten. Although consumers make transactions regardless of the presence of Rakuten, it certainly encourages people to spend more money.

So, How Does Rakuten Make Money?

Rakuten is a marketing affiliate organization. Affiliate marketing is when businesses reward influencers for directing customers to purchase from their platform or store.

In Rakuten’s case, when you, the buyer, buy from Rakuten, the retailer pays them a fee. To allow you to keep making your purchases through them, Rakuten chooses to share this commission with you.

This is ultimately a win-win for everybody! Rakuten will pay you in one of two ways when you accrue cashback. They will either give you a physical check by mail or send you a PayPal account with the balance.

How Does Rakuten Earn You Money?

Within 24 hours of clicking the Rakuten link, try to make your purchase. Normally, you’re given 30 days, but play it safe and click the link again.

A few days after you have made a purchase, a percentage of your purchase is credited to your Rakuten account.

Example: If Rakuten offers 10% cashback at Under Armour for shopping and you buy something for $500, you will get $50 in cash back. The cashback appears within seven days in your Rakuten account once you purchase via a Rakuten link.

Pros and Cons of Using Rakuten

It’s very self-explanatory to use Rakuten. All you have to do is use their platform to connect you to the site on which you want to shop. You can always download their browser extension and save yourself a minute or two if that’s a move that you’d rather miss. Going to the platform itself has advantages, such as finding hot deals. Either way, using Rakuten is simple as pie. Variety of options: No matter what you’re shopping for, chances are you can find it via Rakuten, turning every online shopping transaction into an opportunity to get cashback.

The reason why all of us are here. Getting cashback would allow you to put more money into savings or even pay off debt. Also, stores offering just 1% cashback will add up. Some stores offer up to 40 percent cash back, which will help you beef up every quarter of your cashback payout. With that extra cash, think of what you can do!

Referral services are available on several pages, but Rakuten’s is particularly impressive. Rakuten encourages you to spread the news to your mates so that they can start earning cashback too by offering $5-$25 on your cashback by making referrals.

Cashback accruals are charged quarterly only

If you want instant gratification, this can be a bummer. If you have accrued at least $5, Rakuten will also only issue a cashback payment, which is intended to allow you to use Rakuten more frequently. You’ll have to wait for the next quarter’s payout to get your cash back if you don’t hit the minimum before the end of the quarter.

Even if you’re getting cash back, you’re still spending money in the end. The appeal of cashback can encourage individuals to make hasty online transactions, particularly when it is as easy to buy as clicking a button. Make sure you’re consciously shopping and sticking within your budget.

Almost all retailers have cashback-exempt products

Think again if you were just excited to think that you could get cashback from Walmart on the new iPhone. Nearly every store will have goods that they do not give cash back on, and these are likely to be their most sought-after items.

Without giving you a warning, Rakuten will permanently disable your account

People have claimed that Rakuten has disabled their account and has not given their final cashback check. It is unclear why the accounts of certain persons have been shut down, but Rakuten specifies that they can do this without explanation in the fine print. When using Rakuten, this is certainly something to keep in mind.

Investment and Acquisitions Over The Years

The company purchased MyTrip.net, which was combined with Rakuten Travel the following year, in September 2002. In 2005, Rakuten acquired LinkShare, based in New York City, later renamed as Rakuten Marketing and then Rakuten Advertising, offering online sales and marketing programs based on performance. The acquisition spearheaded Rakuten’s new global focus.

In 2010, Rakuten bought for EUR 200 million the French online retailer Price Minister and US-based Buy.com for US$ 250 million. The group was a major shareholder in Ctrip, a travel site in China before it sold its interest in the company in August 2007 and announced a joint venture with Baidu in China in 2010. (Lekutian).

Brazilian e-commerce company Ikeda, later renamed Rakuten Brazil, was acquired by Rakuten in June 2011. In July, it acquired Tradoria, a German e-commerce start-up, and renamed it Rakuten Deutschland, and Play.com, a UK online store and e-commerce platform, for £ 25 million (almost $ 41 million) in September, which was transformed into Rakuten.co.uk.

Rakuten led a $100 million stake in Pinterest in July 2012 with a $1.5 billion valuation. Present investors Andreessen Horowitz, Bessemer Venture Partners, and First Mark Capital, and a host of investment ‘angels’ were its partners. That investment marked the beginning of a push to extend the reach of Pinterest in Japan and the 17 other global markets for Rakuten.

In May 2013, Rakuten acquired a majority stake in Daily Grommet’s “citizen commerce” platform, since rebranded as The Grommet. In June 2013, Rakuten announced its acquisition of the US-based logistics and services business Webgistix, which specializes in e-commerce retailer fulfillment technology. The purchase was the second logistics investment by Rakuten outside Japan and allows for prompt fulfillment in the U.S.

In September 2013, Rakuten acquired Viki, a video streaming platform located in Singapore. Rakuten led an US$ 800,000 seed round of funding for the Singapore-based Carousell consumer-to-consumer marketplace app in November 2013.

In August 2014, Rakuten announced its acquisition of, for an undisclosed amount, Slice, a US company that provides online shopping services and sells market intelligence based on digital trade measurement.

Rakuten announced in March 2015 the acquisition of Overdrive, Inc., a Cleveland, Ohio-based wholesale distributor of e-books and other digital products serving libraries and retailers. The price for the purchase was $410 million in cash.

Rakuten participated in a $30 million round of funding to invest in the Acorns app in April 2016. In August 2016, Rakuten announced that it had acquired the assets of the Bitnet start-up bitcoin wallet, with the assets to be used to develop a Belfast-based research facility, Rakuten Blockchain Lab, that will explore the blockchain’s potential.

In April 2017, Rakuten invested US$2.4 million in Metro Residences, based in Singapore, which enables homeowners to rent their properties to businesses and corporate tenants.

The group acquired Asahi Fire and Marine from Japanese bank Nomura for an estimated 45 billion yen in January 2018. This will be Rakuten’s first foray into the general insurance business, with Asahi being a wholly-owned subsidiary. The business provides consumers and corporate customers with fire, automobile, and accident insurance.

Rakuten Marketing was rebranded as Rakuten Ads in February 2020. Rakuten also sold its US$1.4 billion worth of stakes in various tech firms that month, including all its Pinterest shares. Rakuten joined up with KKR in November 2020 to buy 85 percent of Walmart’s Japanese national retail chain, Seiyu.

Rakuten Marketing and How Does Rakuten Make Money?: A quality Focused Affiliate Marketing 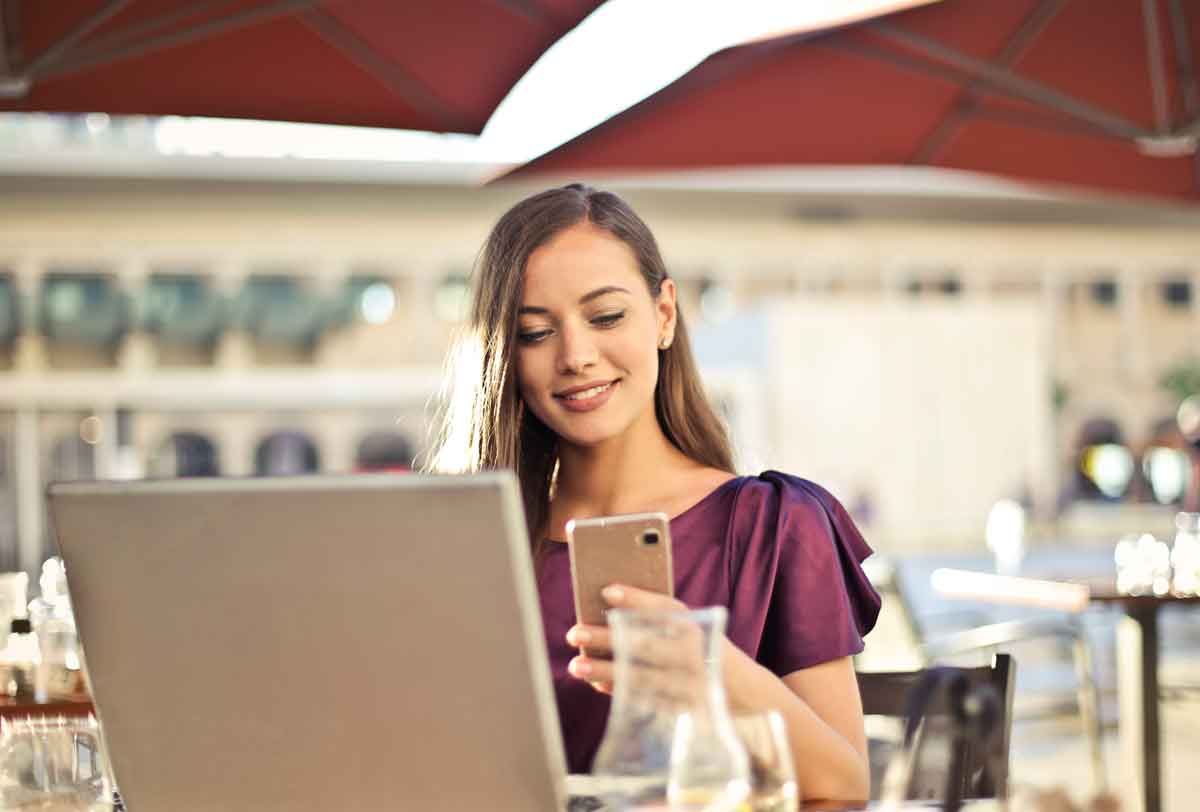 How Much do Bloggers make: Better Than you Imagine